As you are probably aware this year is the 100 year commemoration of the "Legend of ANZAC".

My town, Roma, is making a 5000 poppies exhibit like many other towns in Australia.  The original story behind 5000 poppies can be found here.  Now I am not exactly certain what the plan is for our town, but I did manage to get a  9 poppies made at craft on Tuesday night. (I think I spent a lot of time chatting and helping others.)

a posy of 9 poppies 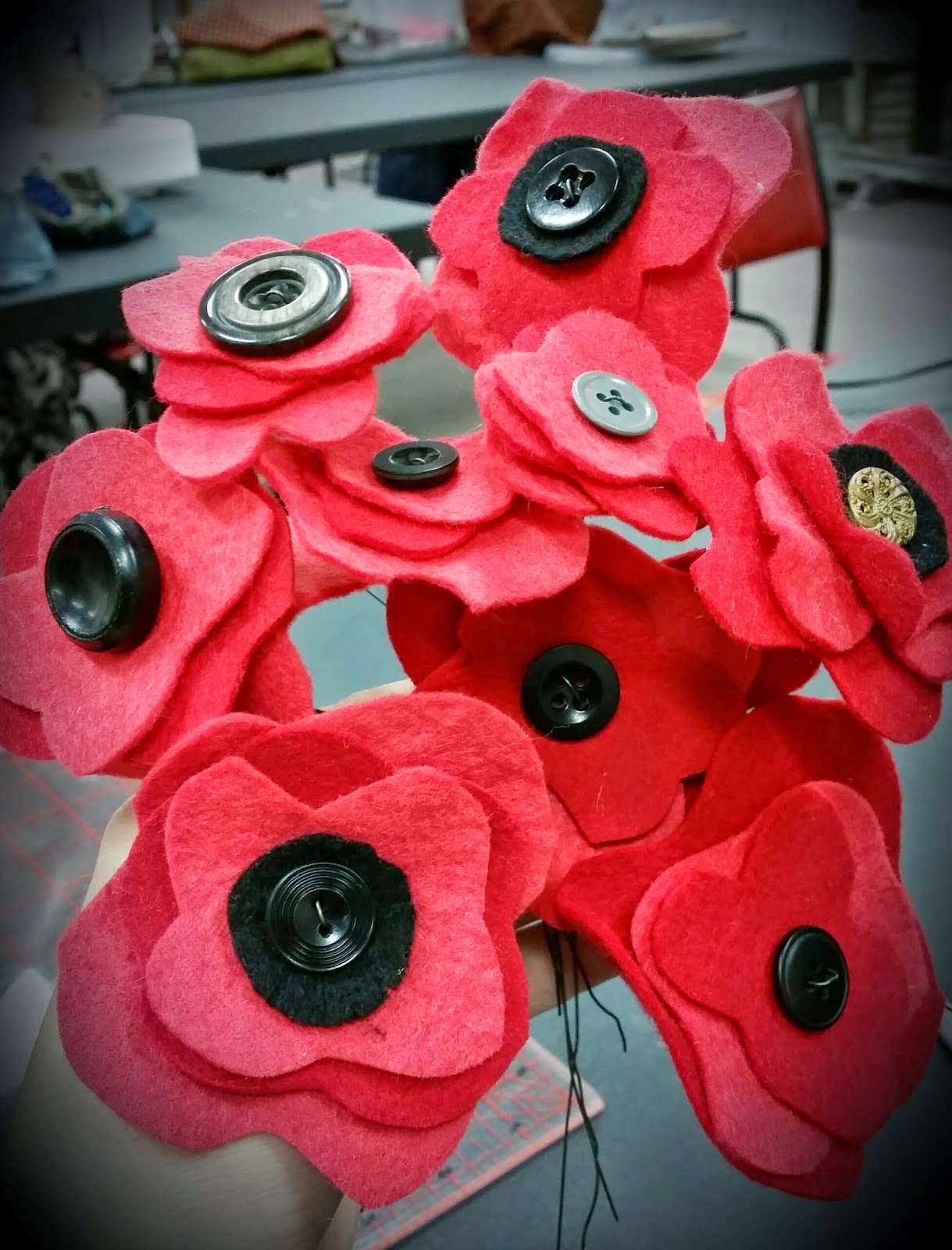 and from a different angle 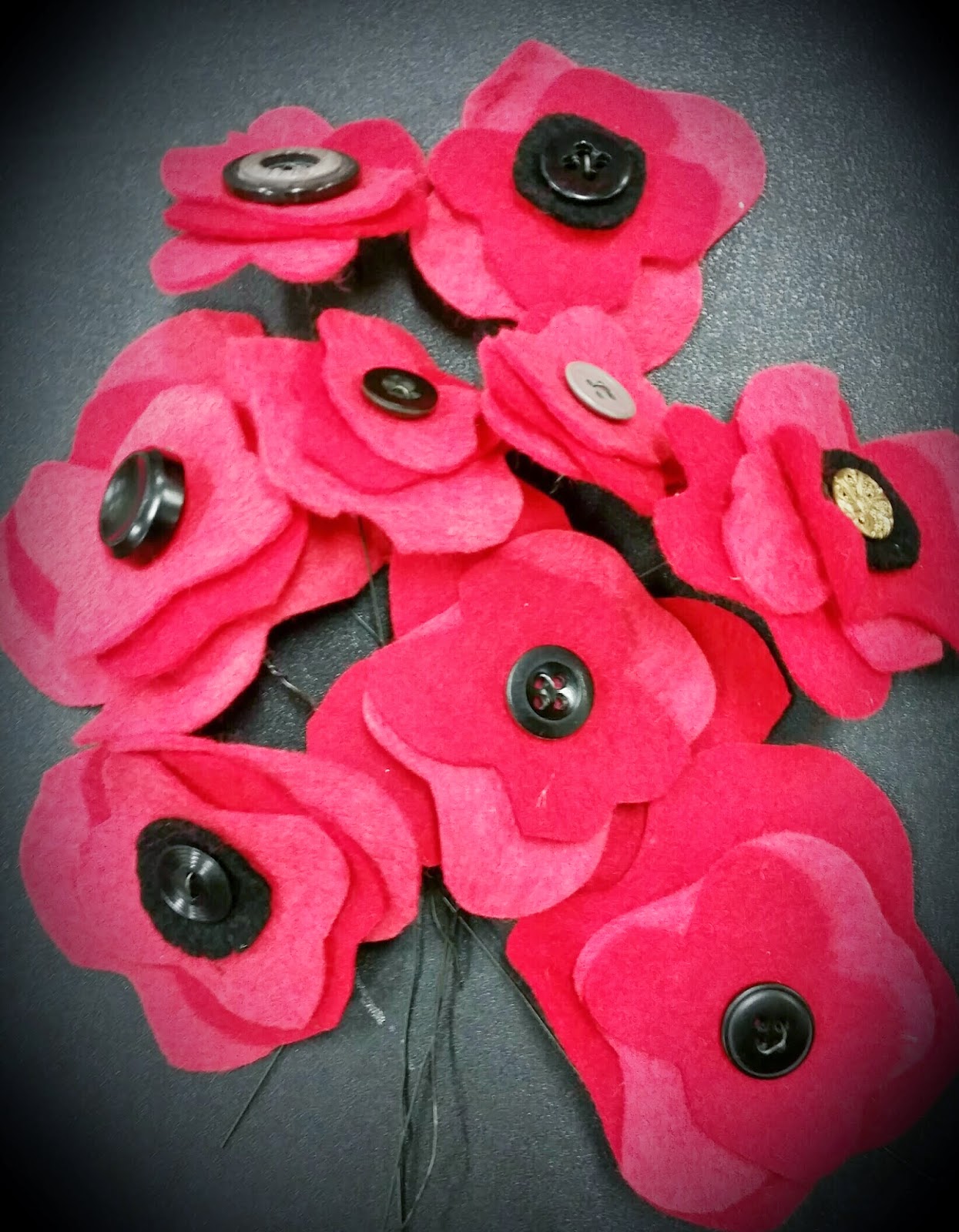 and with a cool photo editing feature on my phone. 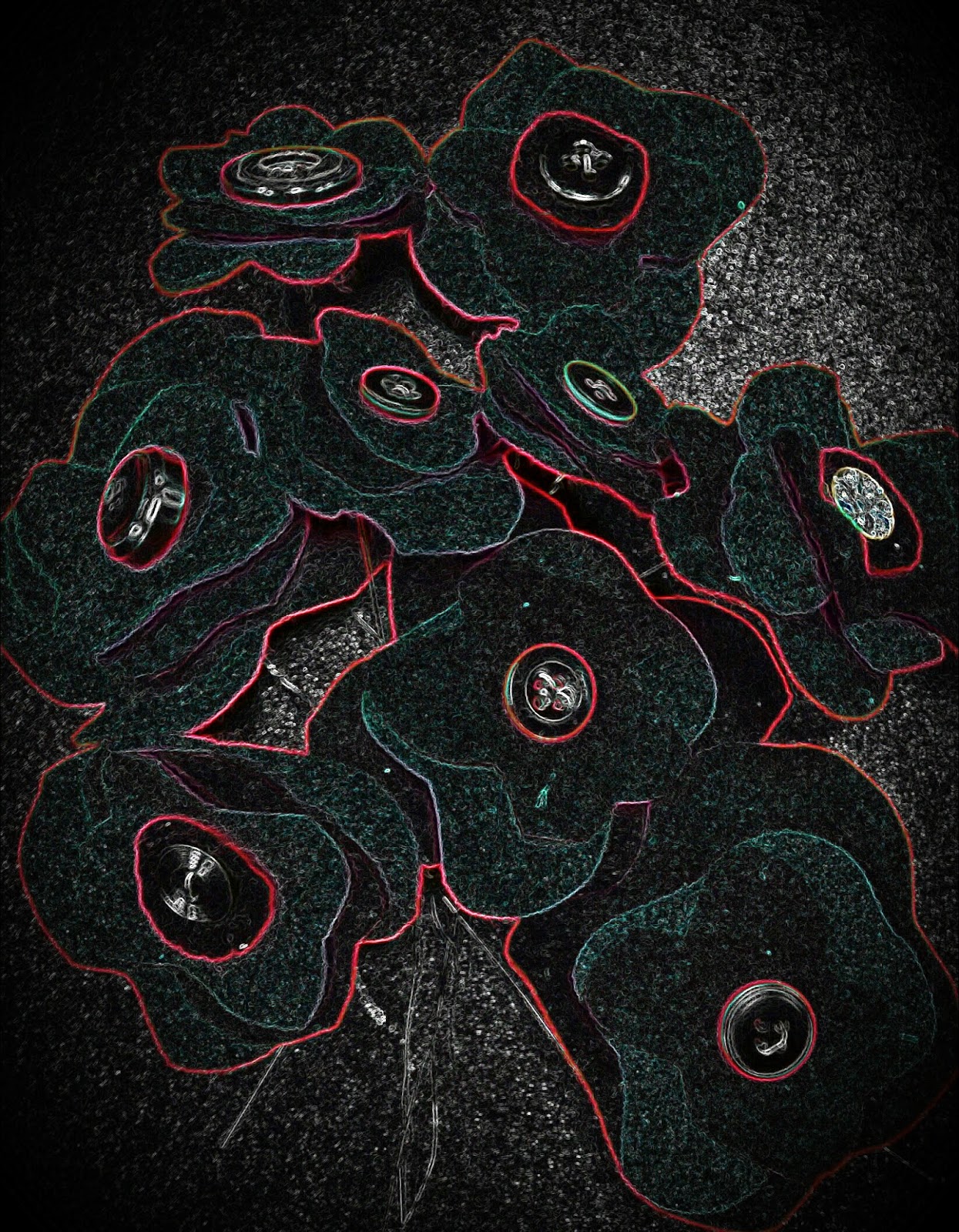 Well that is another OPAM (or 9) for Feb.  I hope I can start March on a good creative note.

Thoughts shared by Outback Crafter - Debra at 5:18 PM 3 kind people stopped by to leave a note...

Well another week has passed and another quilt or two has been completed.
This quirky quilt is being sent to a man named Nicholas. 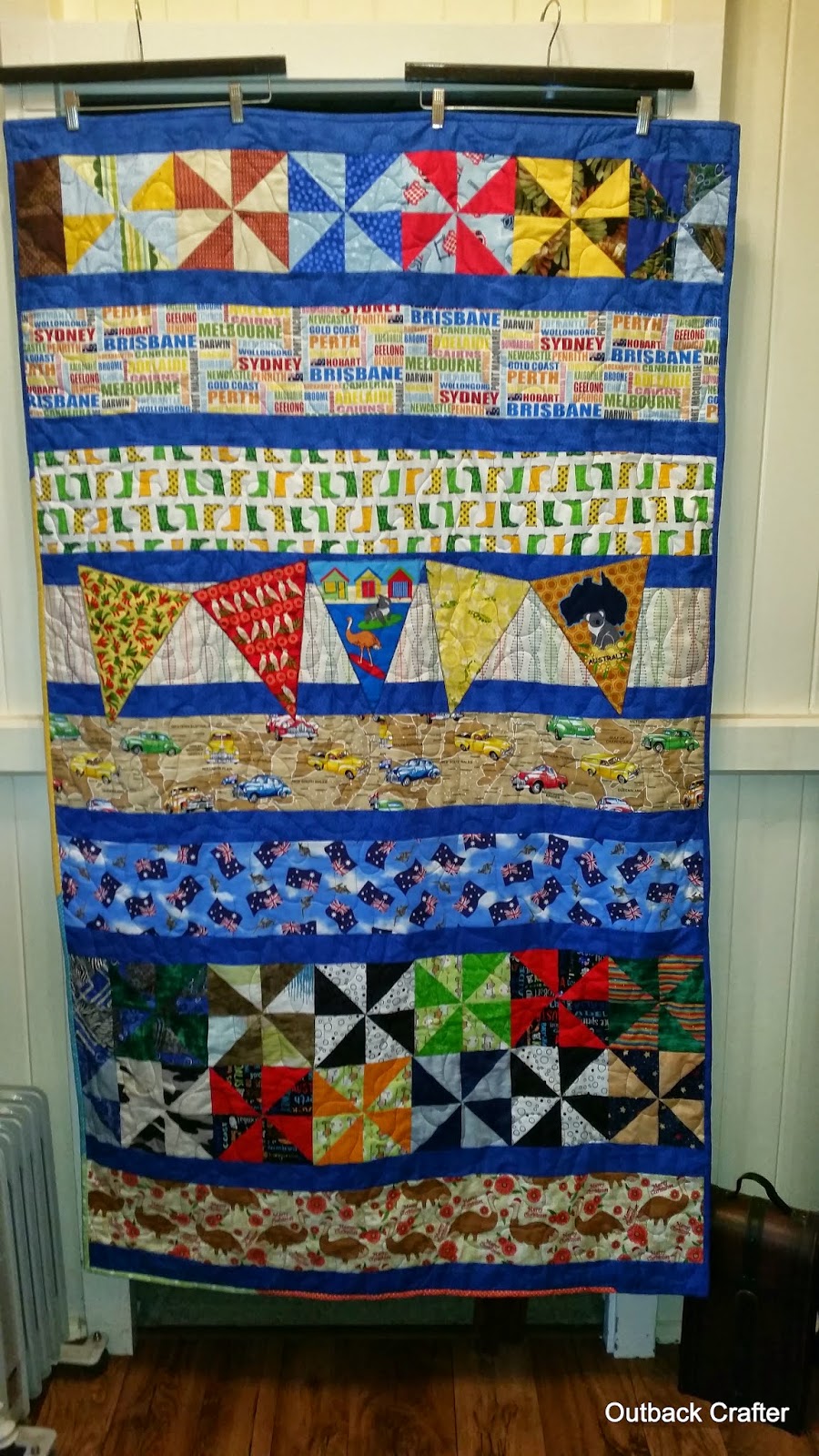 The pinwheel blocks were made by sewers from all over Australia and sent in as a 'block of the month'.  They have some crazy fabrics in them.. 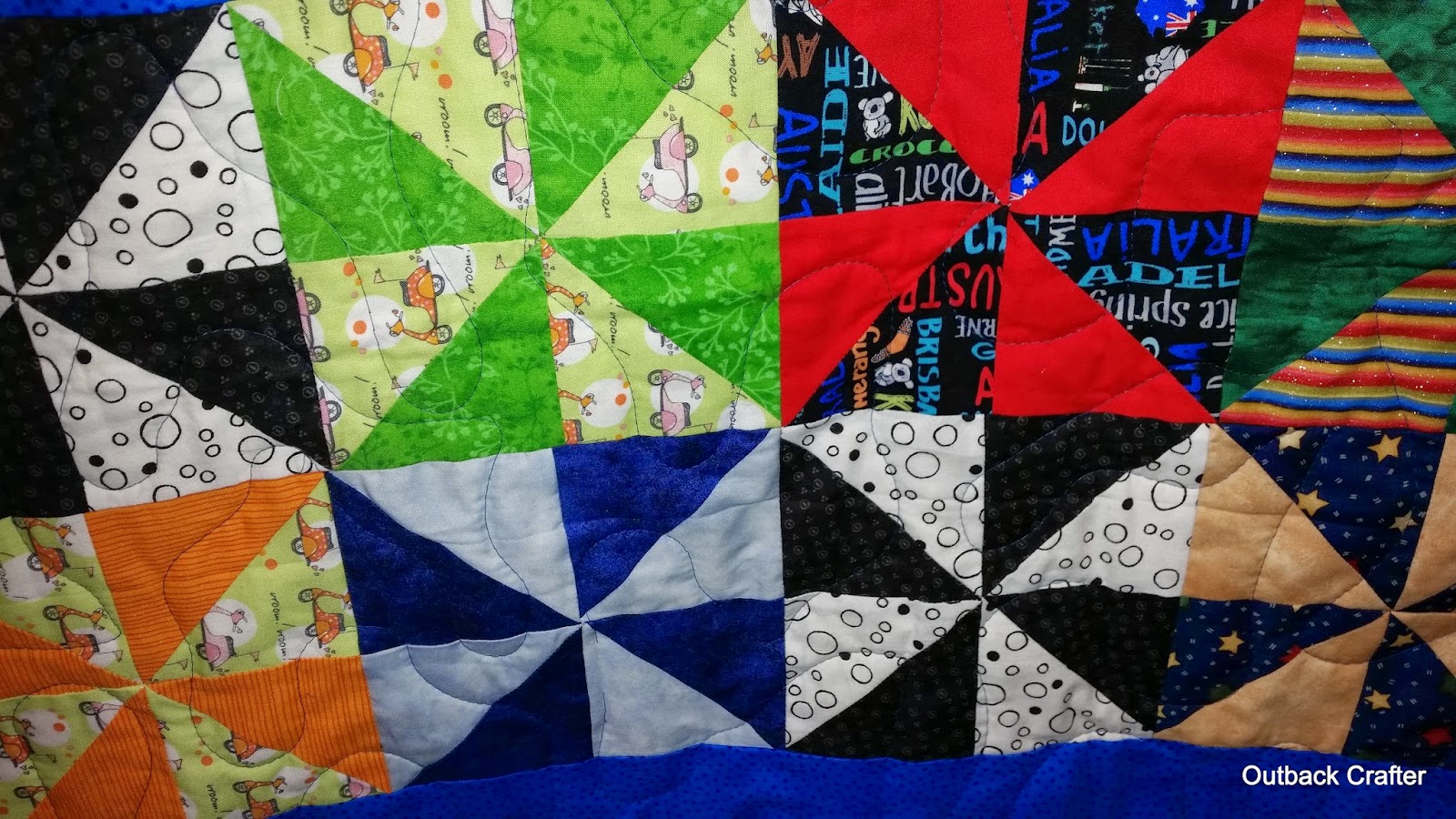 The bunting has some wonderful cartoon Aussie Animals and flowers. 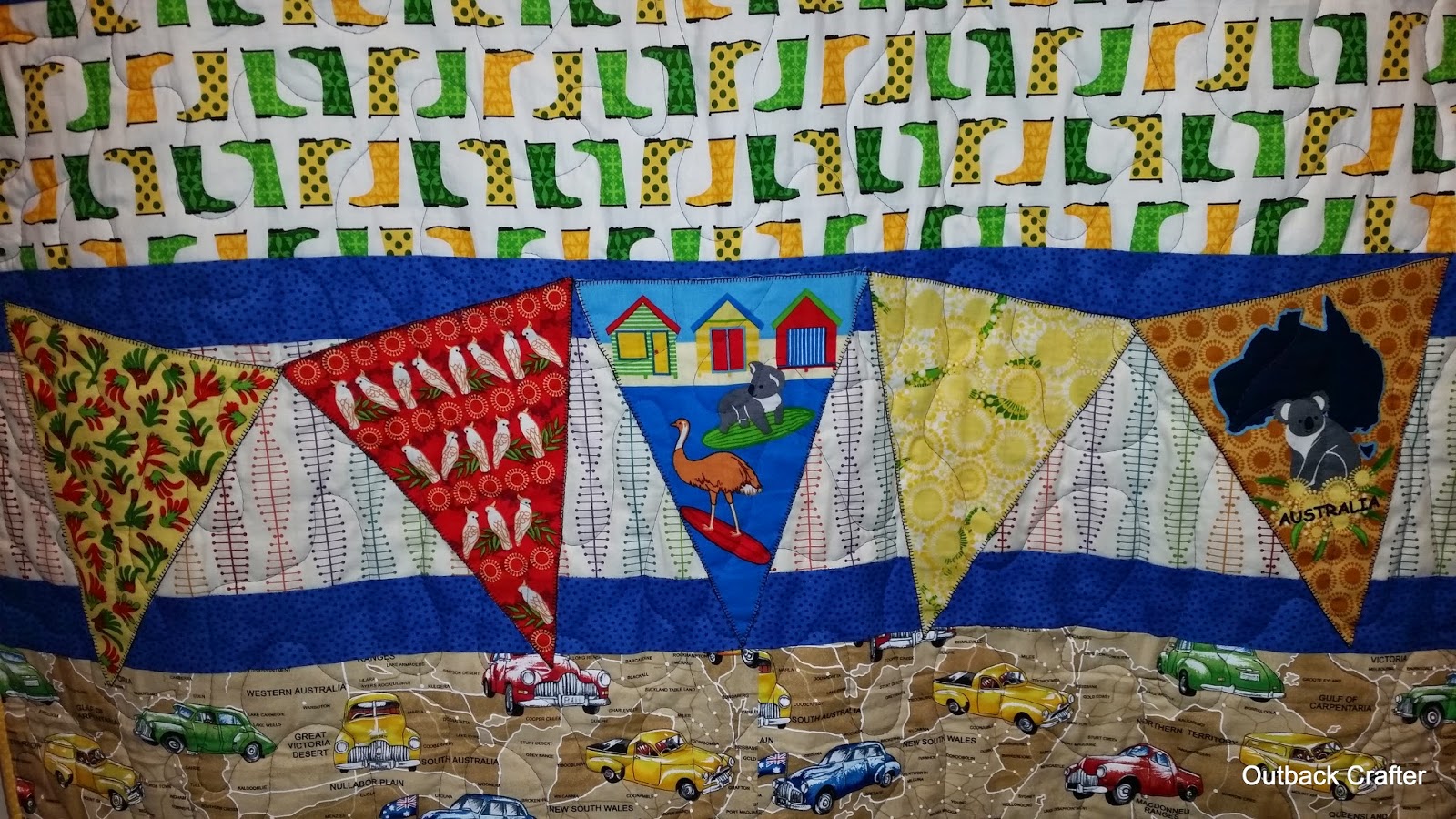 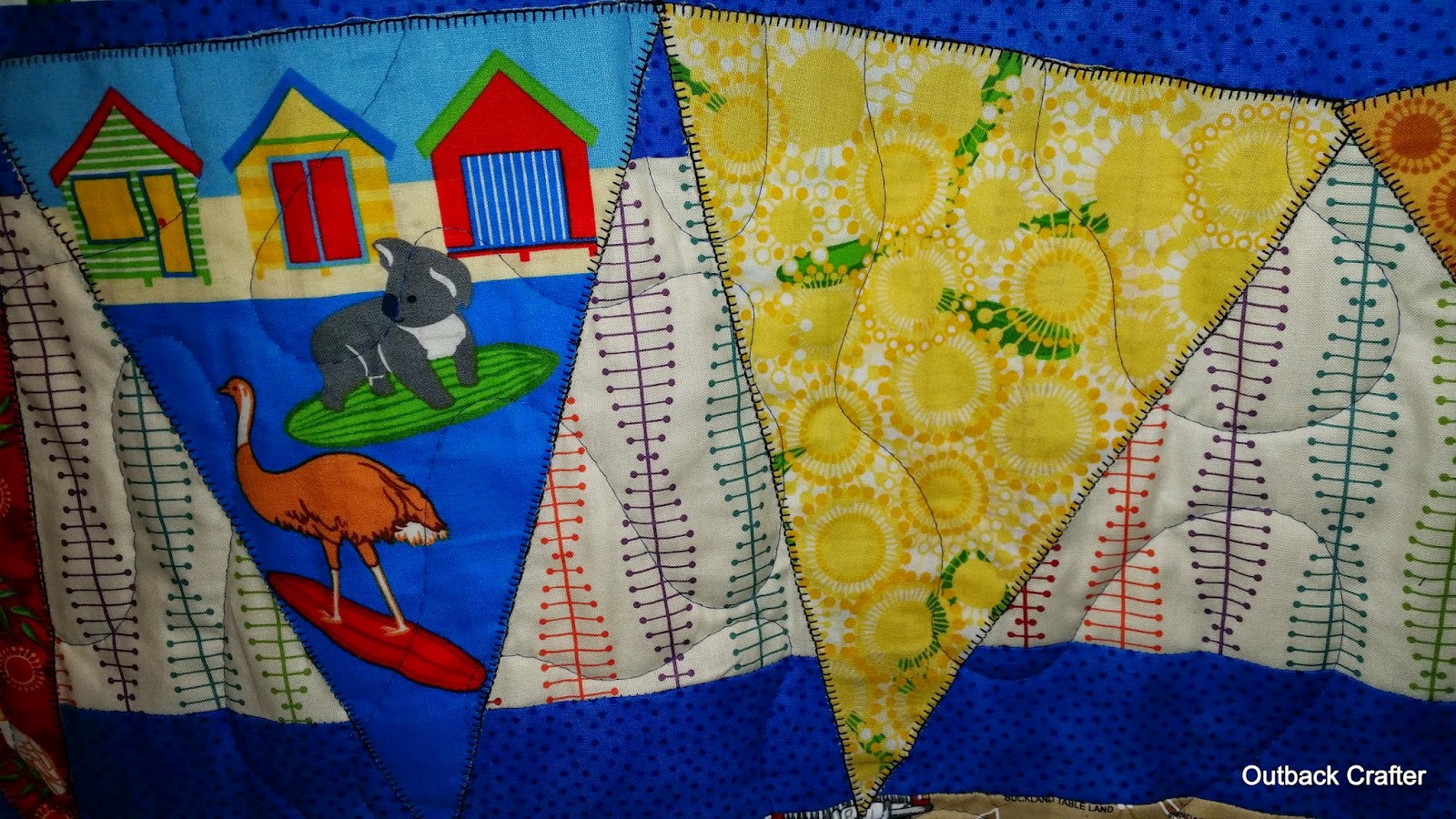 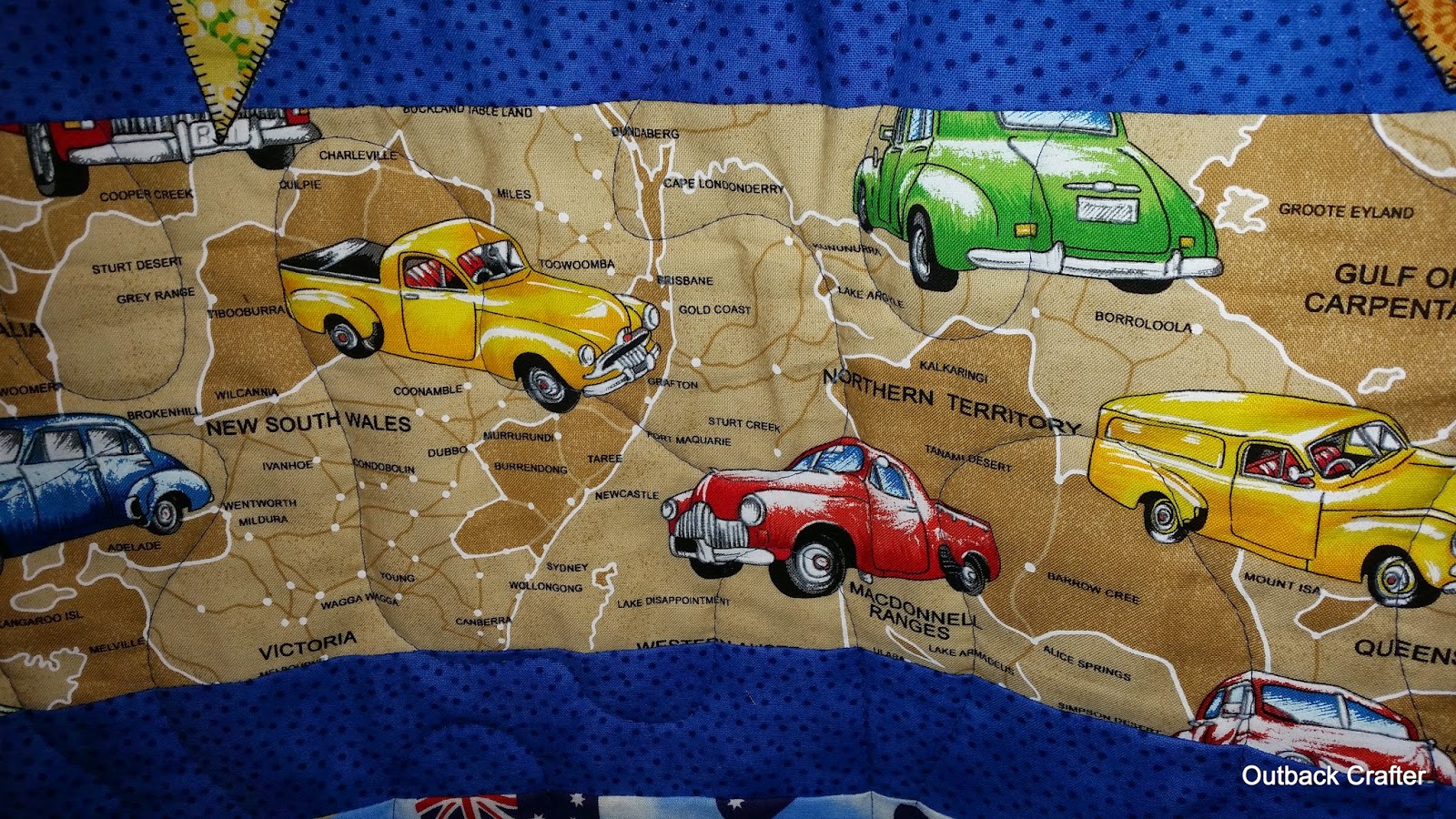 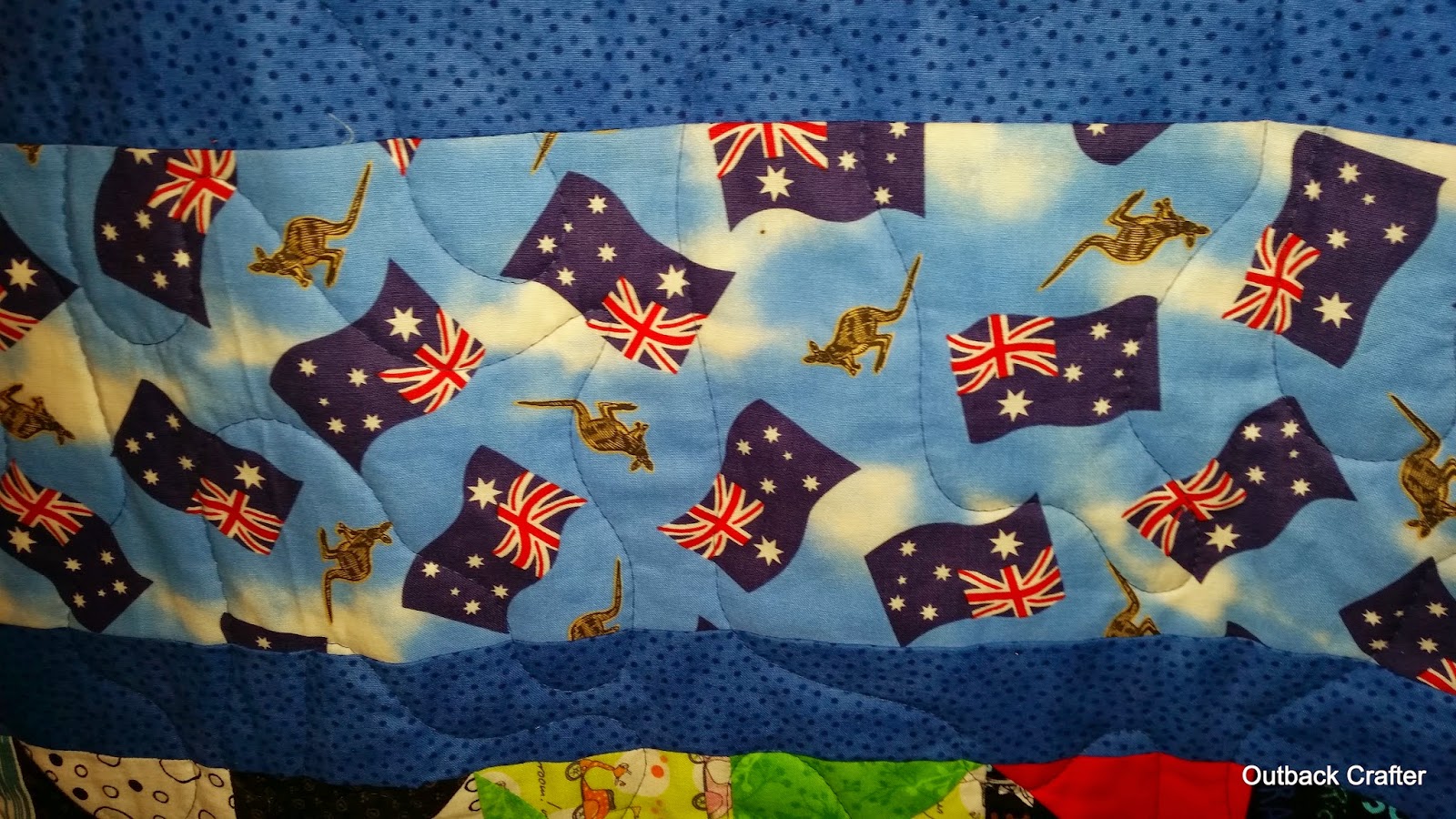 Quirky Christmas Emus. (Who wouldn't want emus on their quilt and Christmas does come around every year) 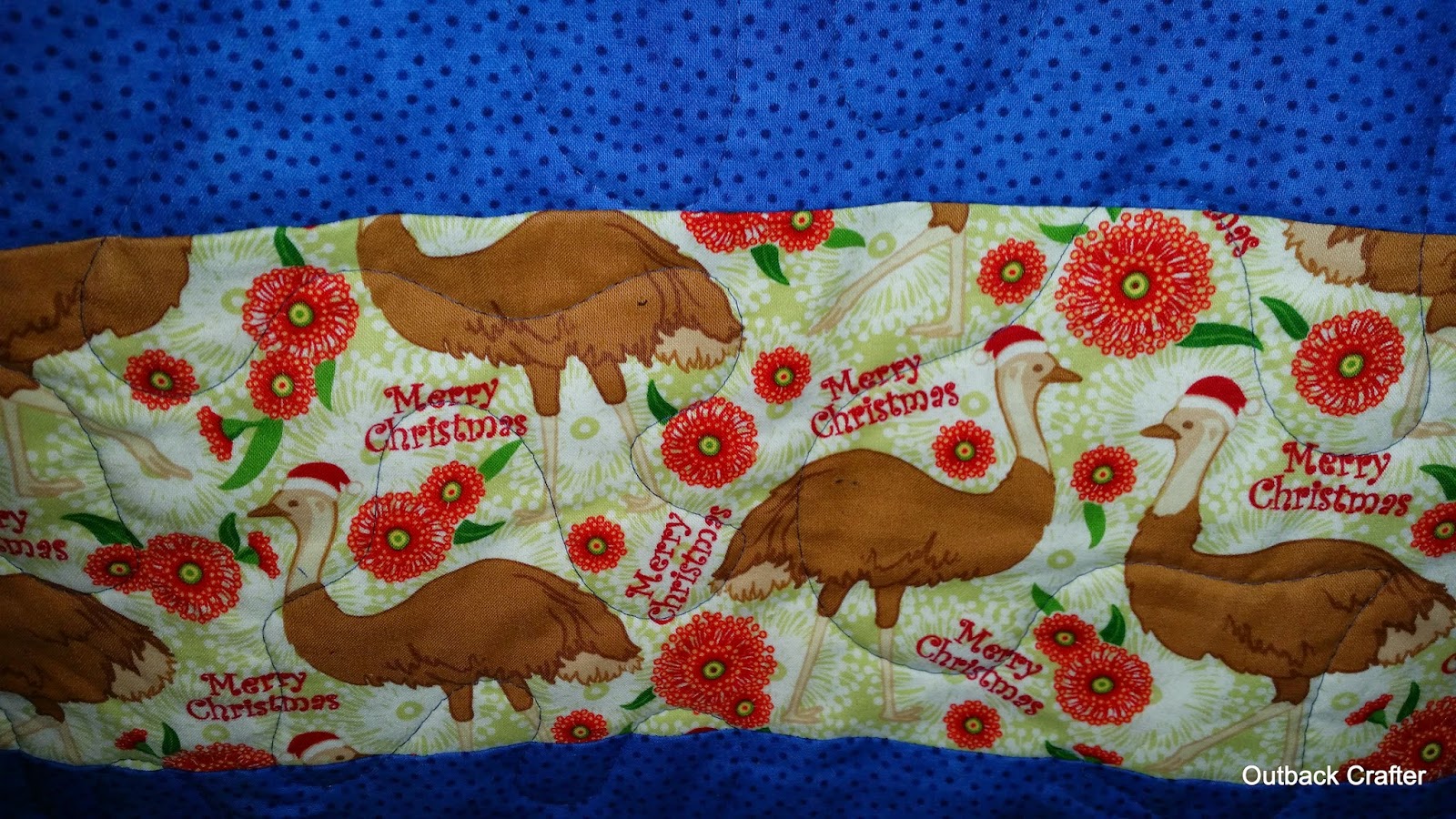 This second quilt is for a man named Nathan.  It is also quirky and different. 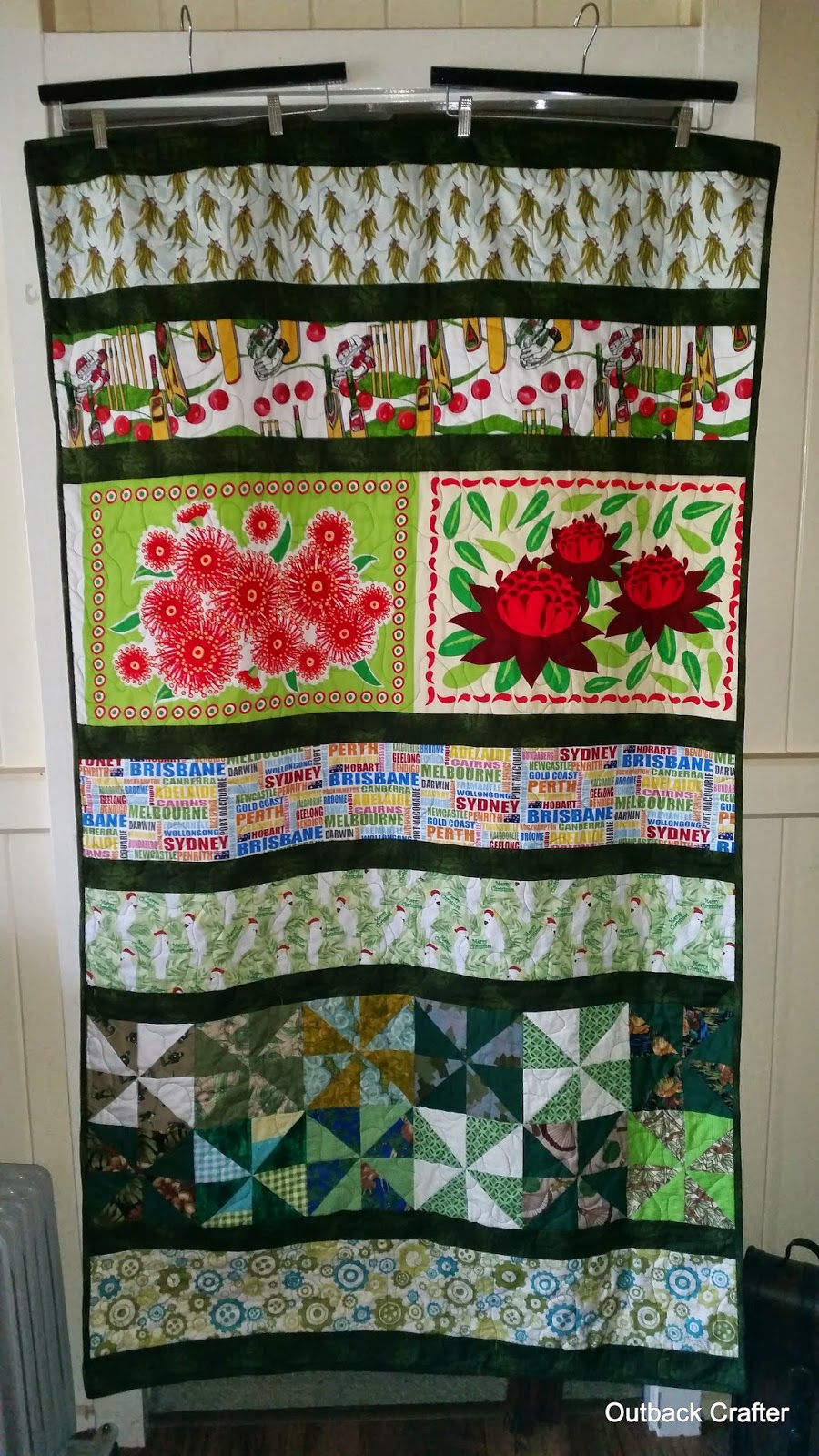 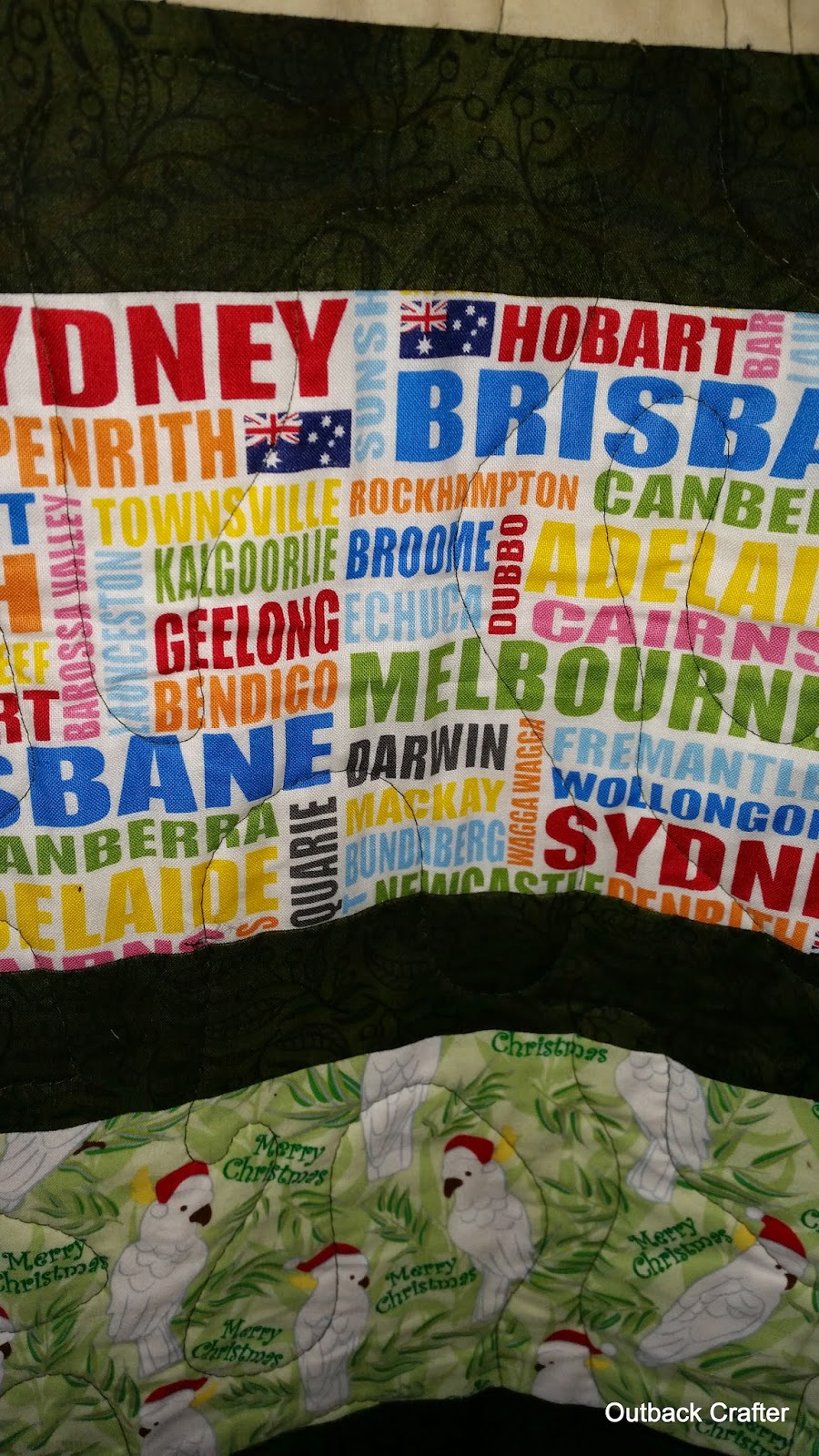 Christmas cockatoos (for the same reason as Christmas Emus above) 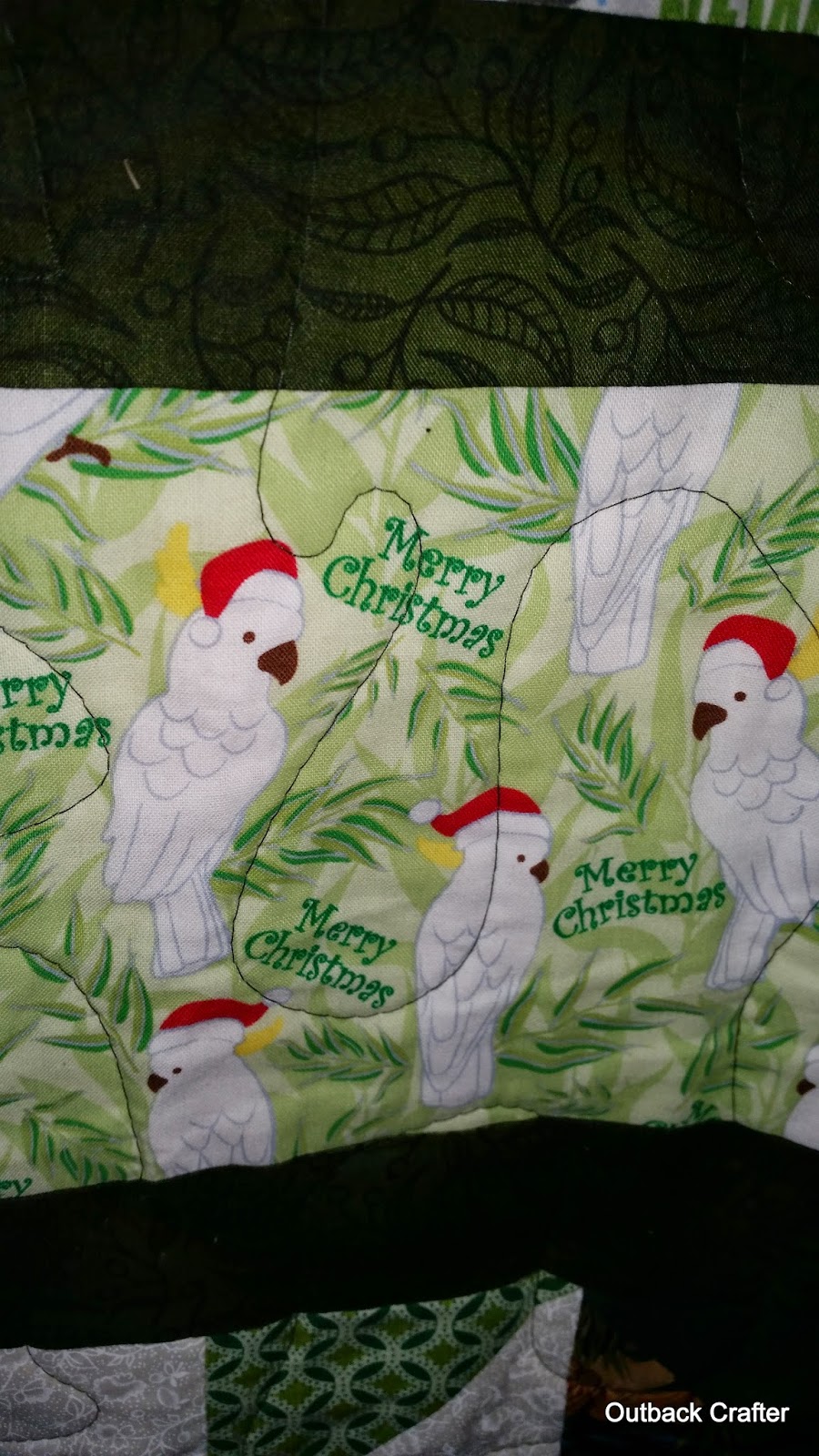 Cricket (as it is the summer sport season ) 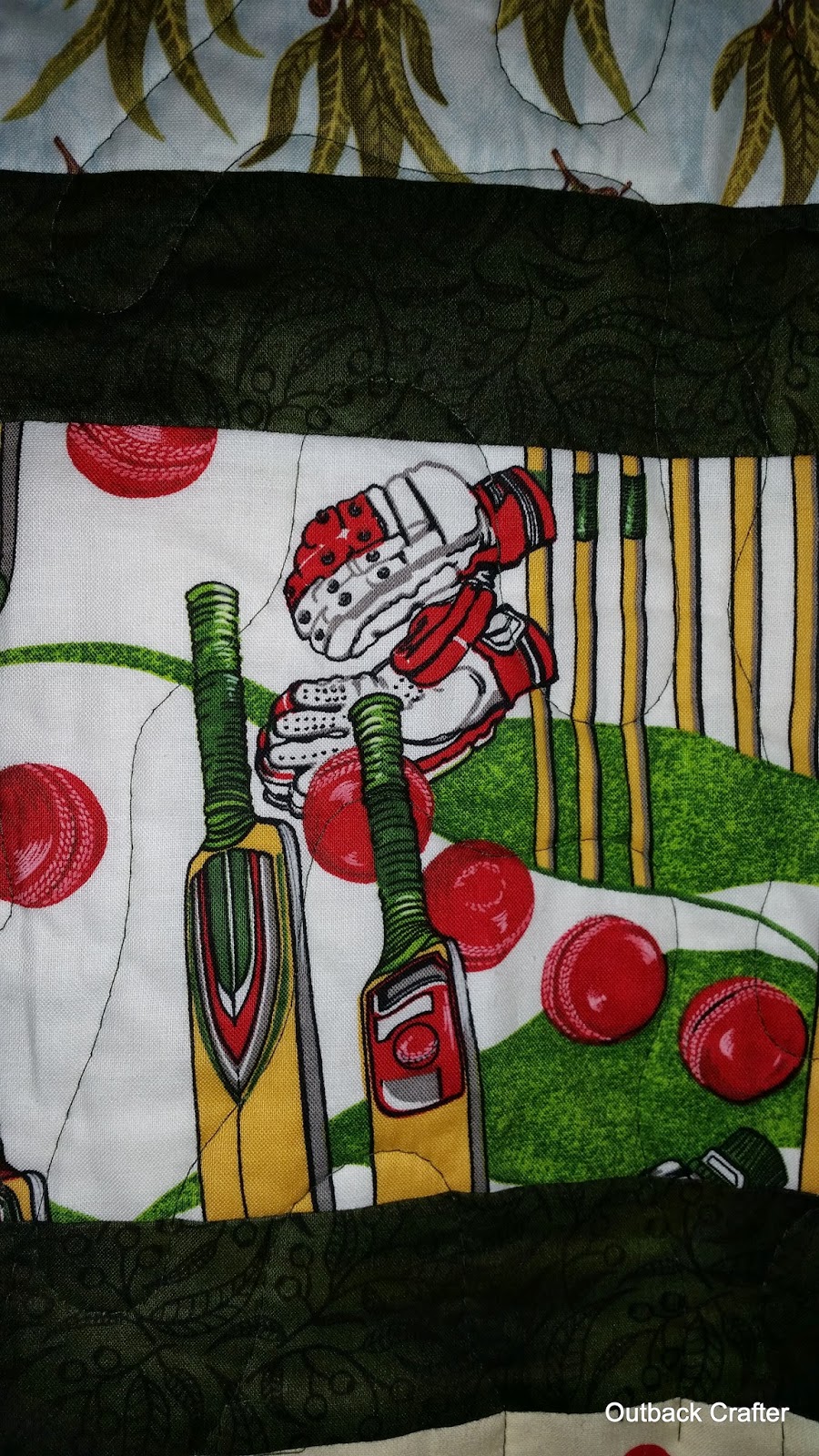 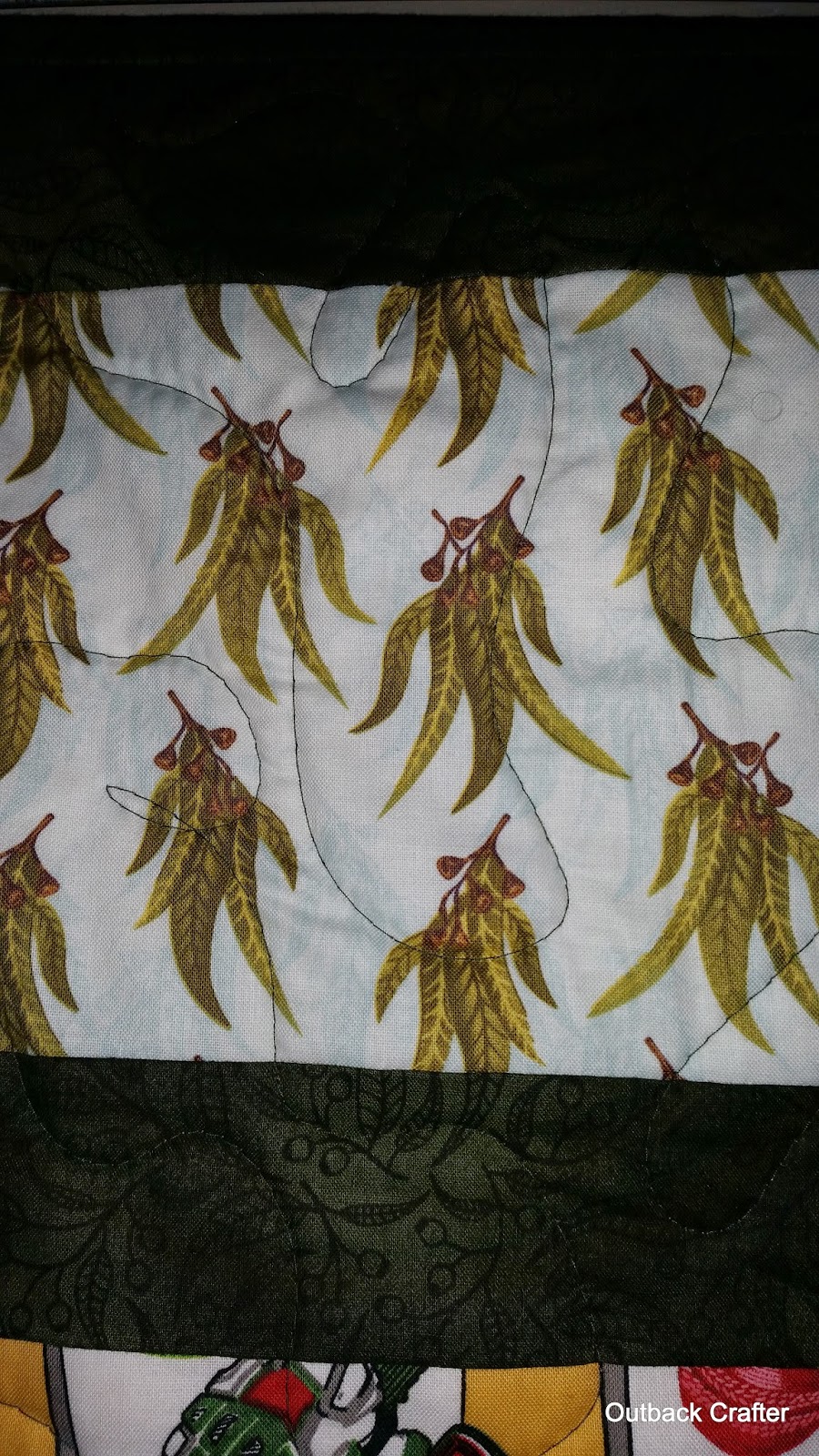 Green pinwheel blocks made by sewers from all over Australia. 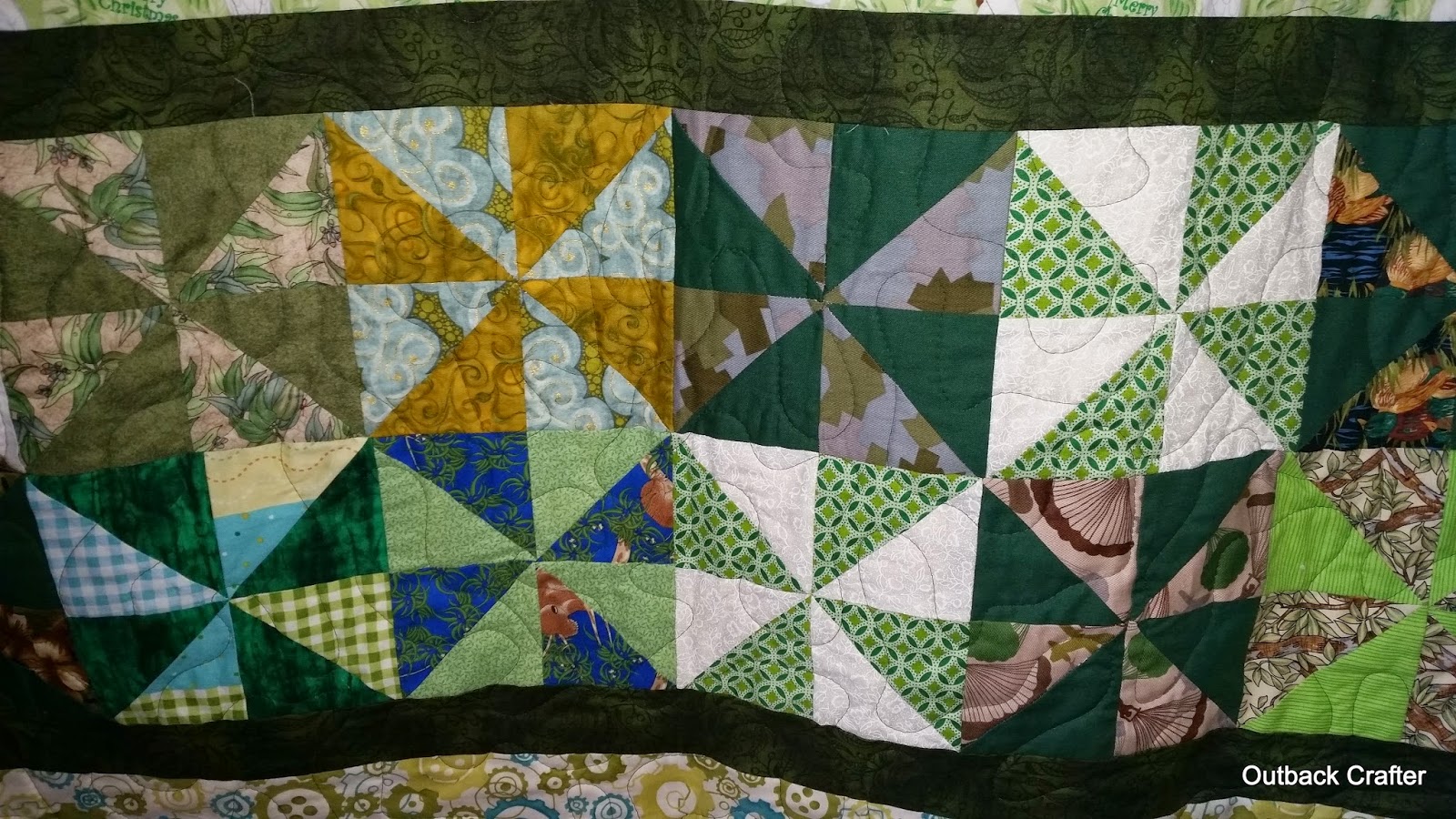 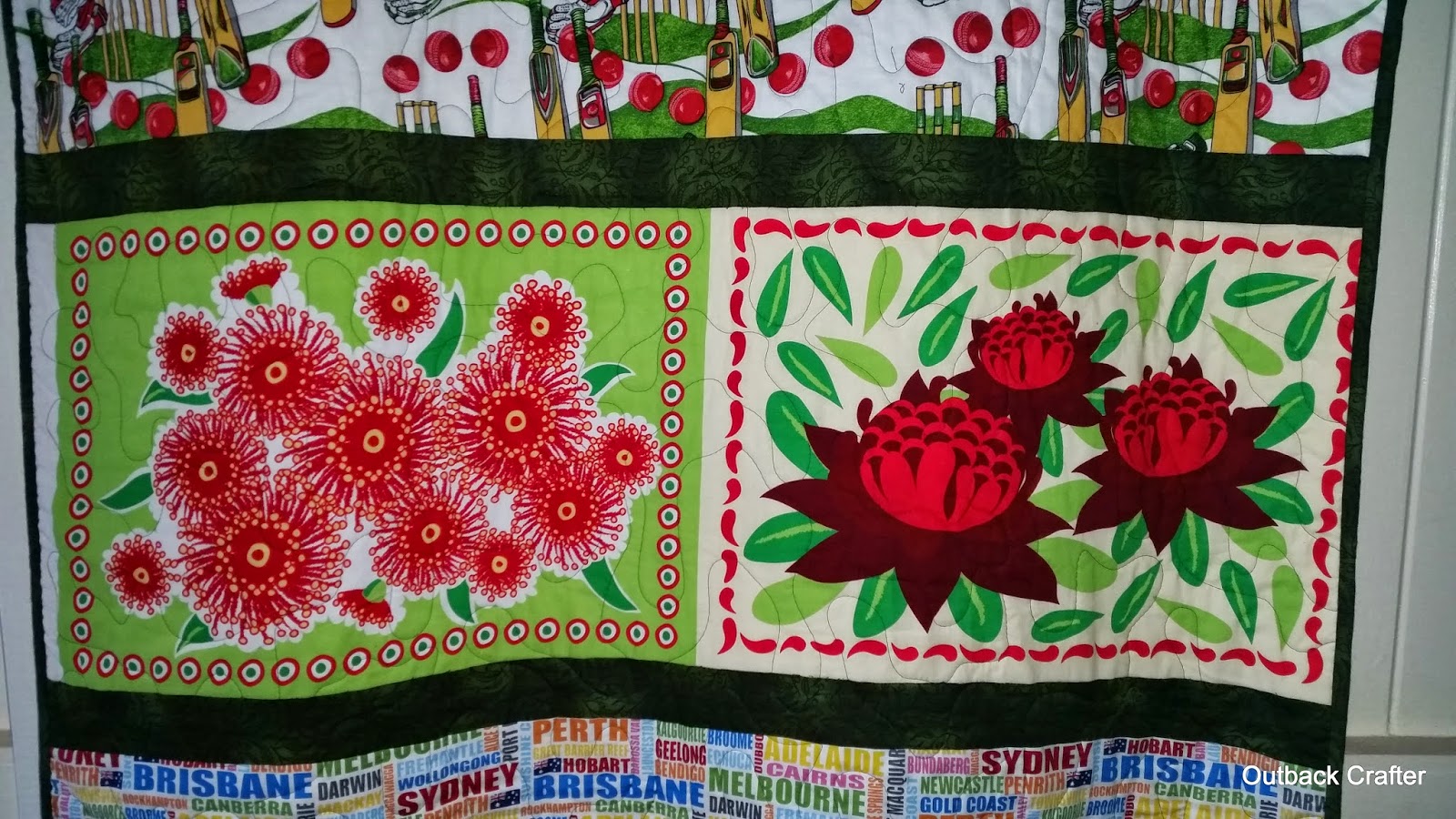 and some blokey cogs. 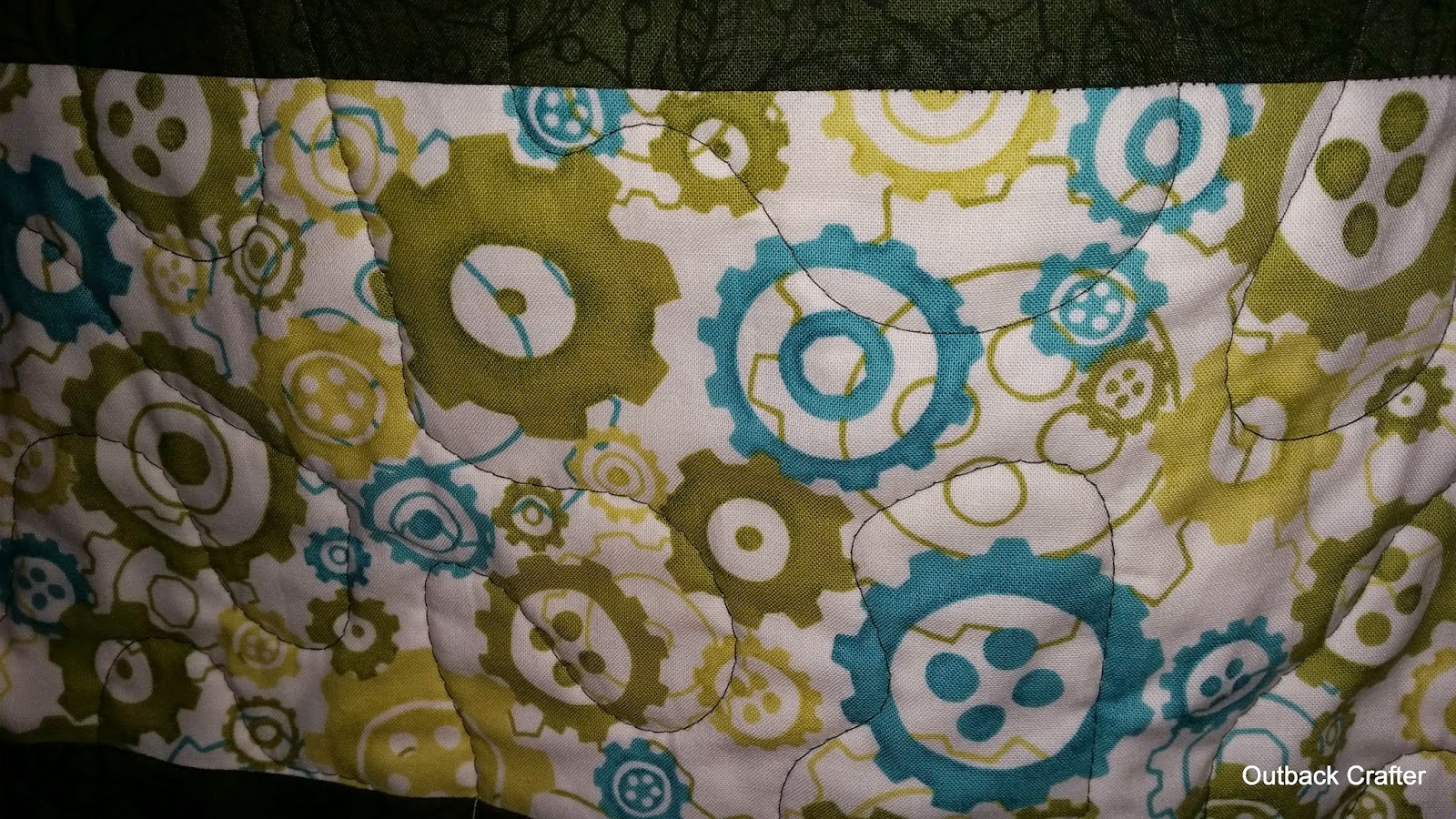 These quilts were posted today and will hopefully be at their new owners in about a month.

2 OPAMs done for February.  Now to see what else in in the sewing room.

Thoughts shared by Outback Crafter - Debra at 3:37 PM 1 kind people stopped by to leave a note...

Well it has been a very long time between blog posts.
Not for lack of desire but probably lack of time.

I have been motivated to post again by the lovely Kris from Tag Along Teddies and the launch of OPAM 2015.

Shall we say, this is a great motivator to not only finish things but to document them.

January saw me quite constructive.  As long time blog readers would be aware I sew for Aussie Hero Quilts and Laundry Bags.

I posted off a couple of quilts and laundry bags and have commenced sewing a few more. 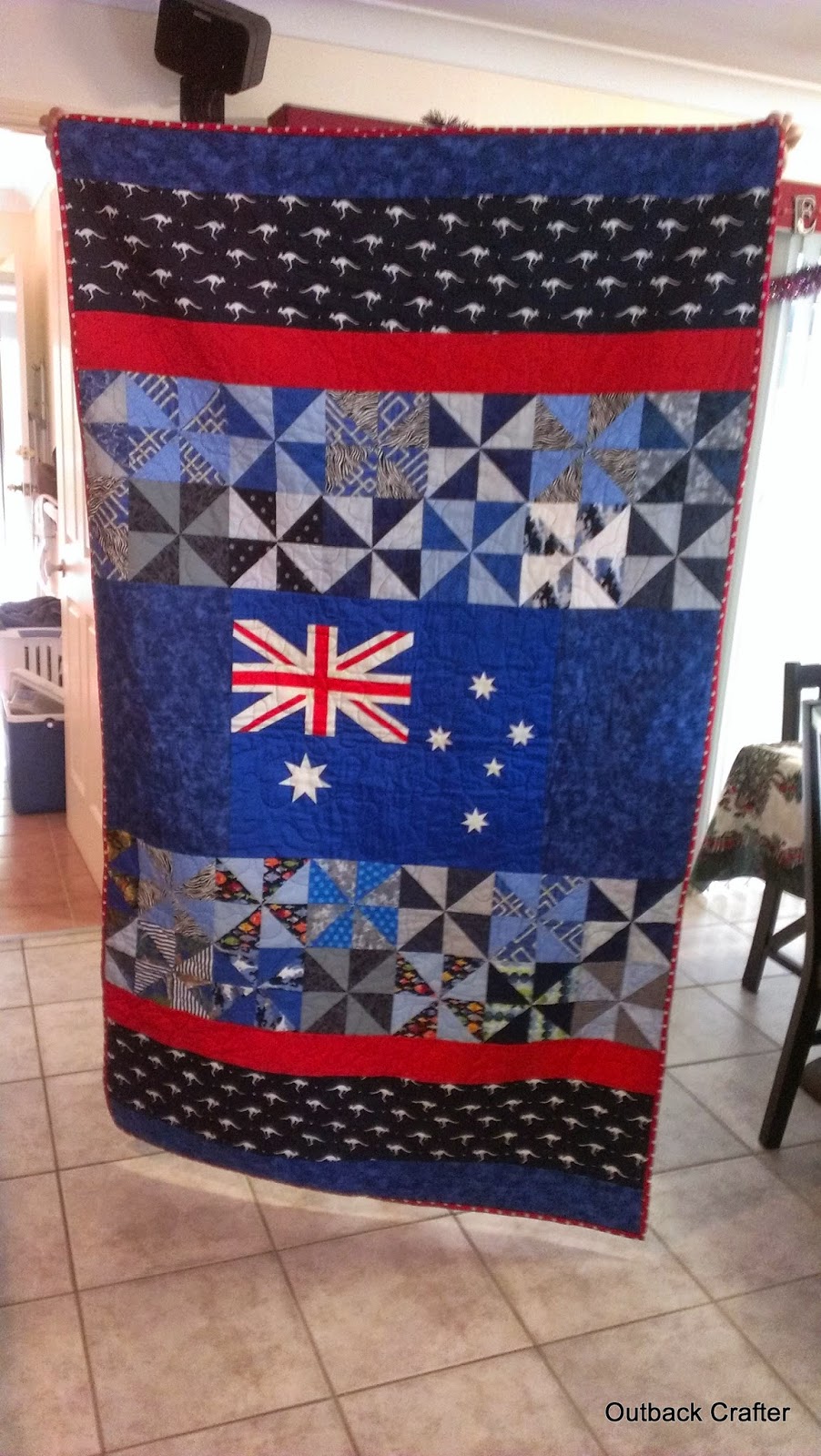 This is the laundry bag sent to her 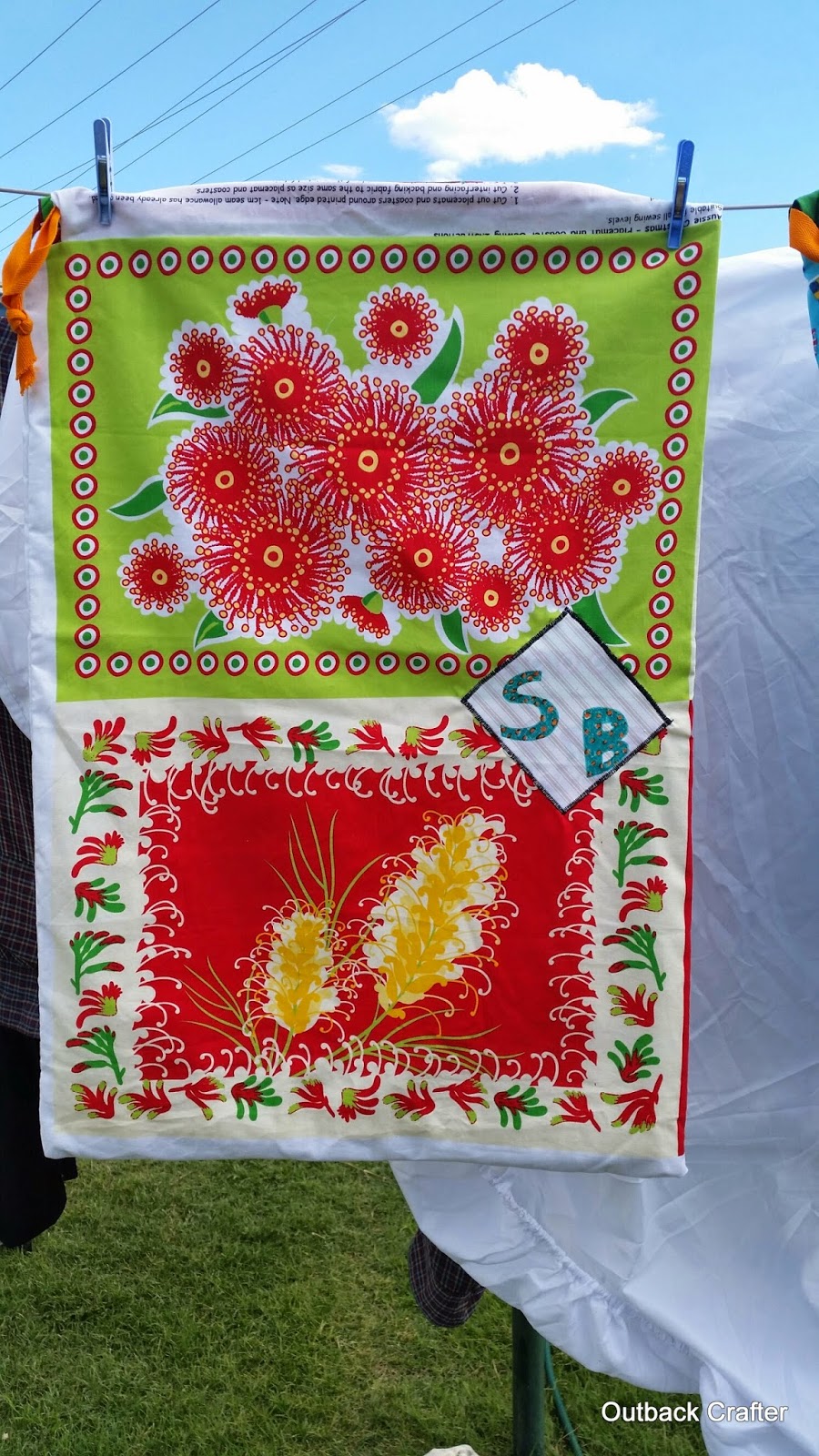 This quilt was sent to a fellow on HMAS Success 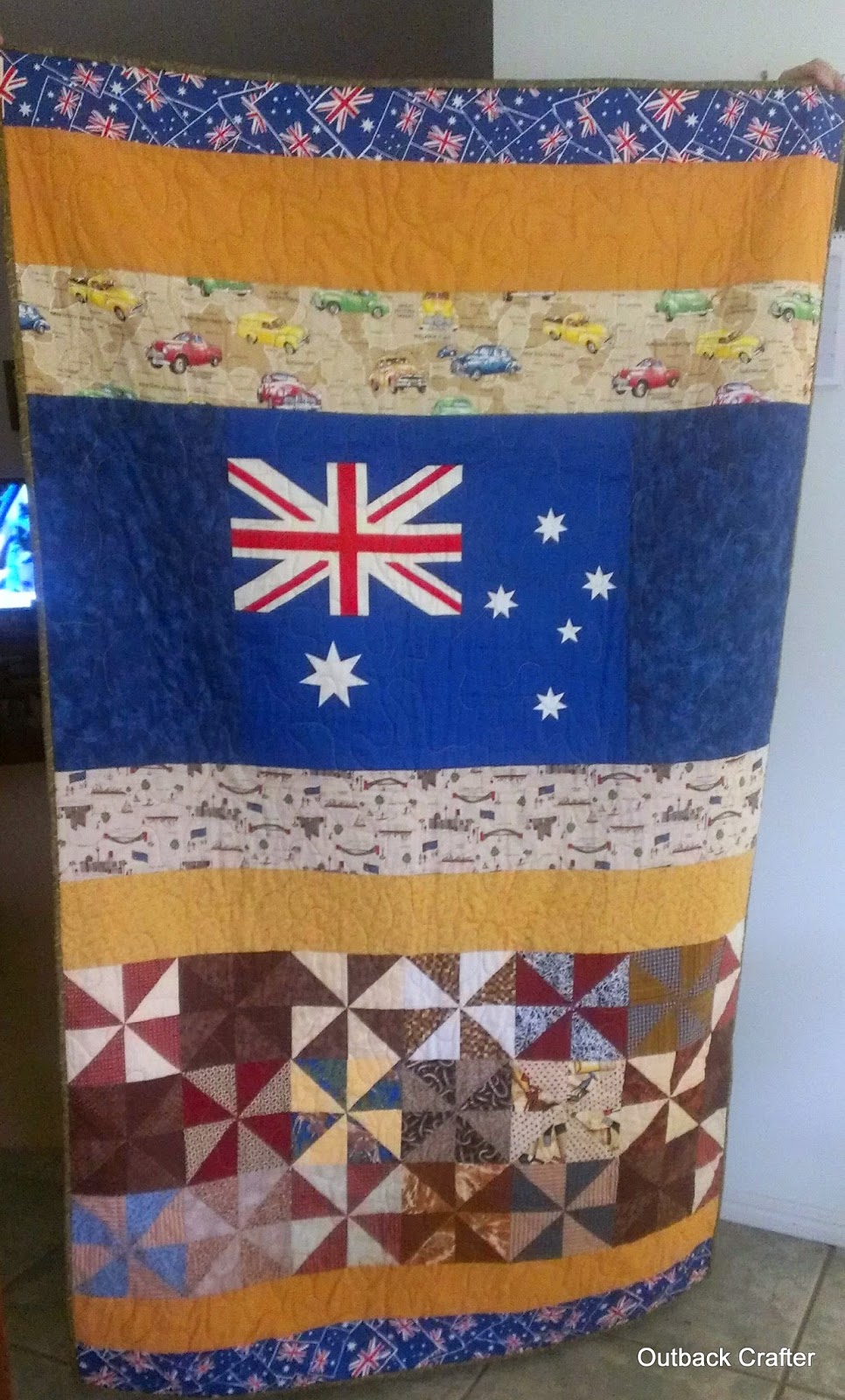 And this is his laundry bag 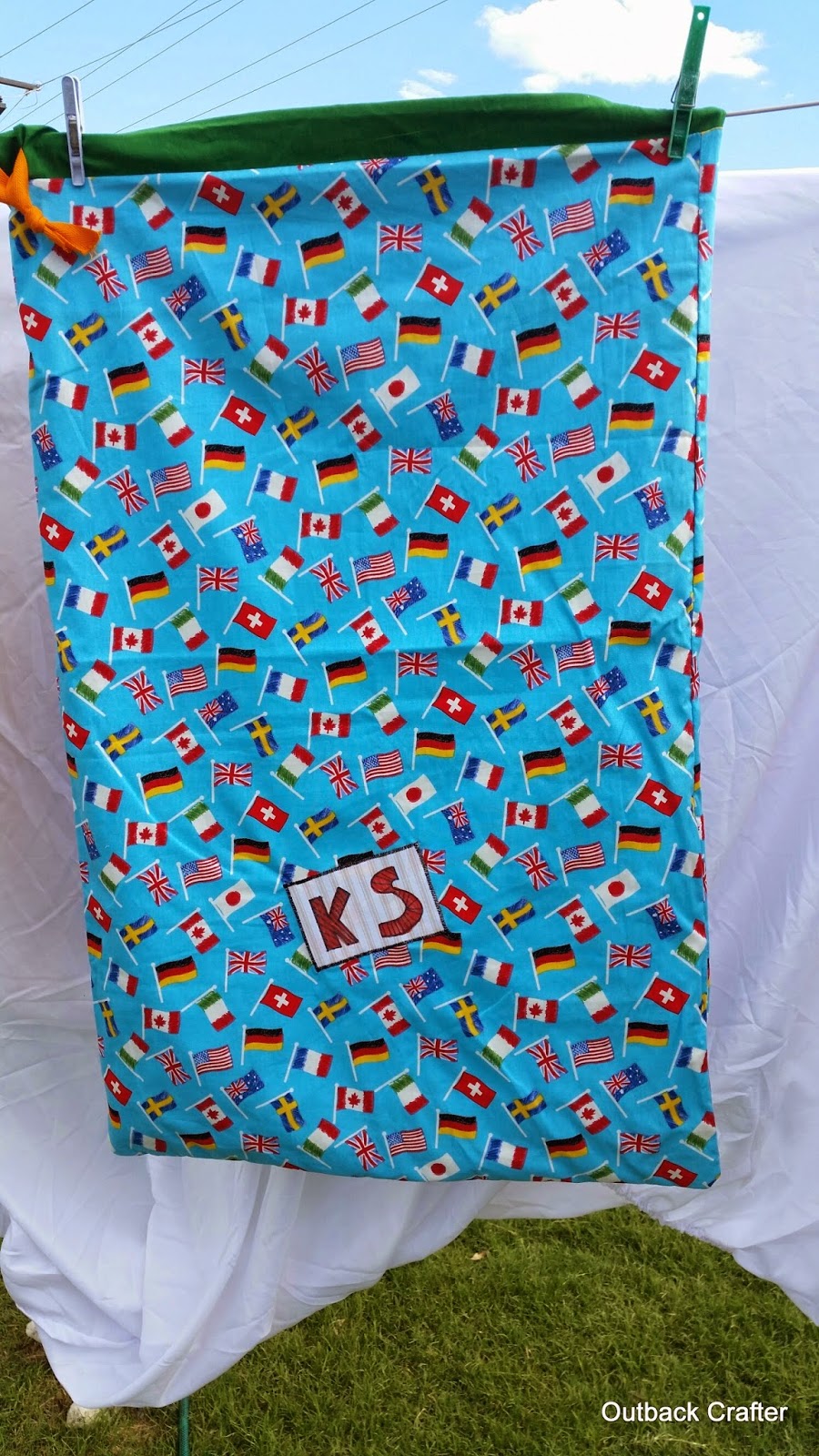 So, I have been sewing and I was much more constructive than I thought.
See you back here soon with a few more finishes ( I hope),

Thoughts shared by Outback Crafter - Debra at 9:20 AM 3 kind people stopped by to leave a note... 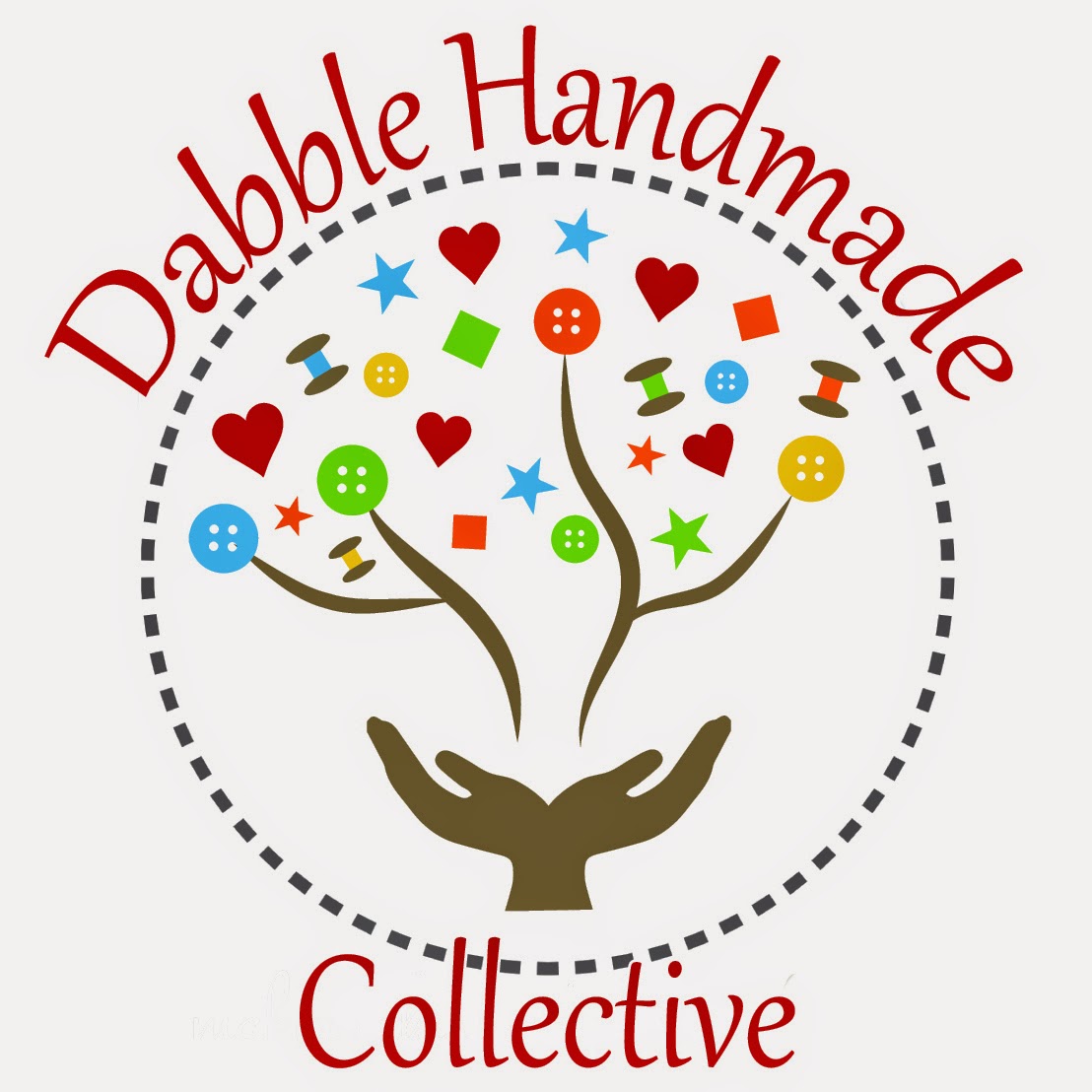 These people enjoy reading my blog 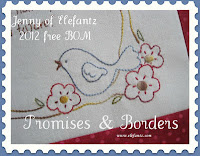